What is Duck Chess?

Duck chess is just like chess, except... there's a duck!

The duck is like a brick: pieces cannot move through the square occupied by the duck, and the duck cannot be captured. However, knights can jump over the duck. 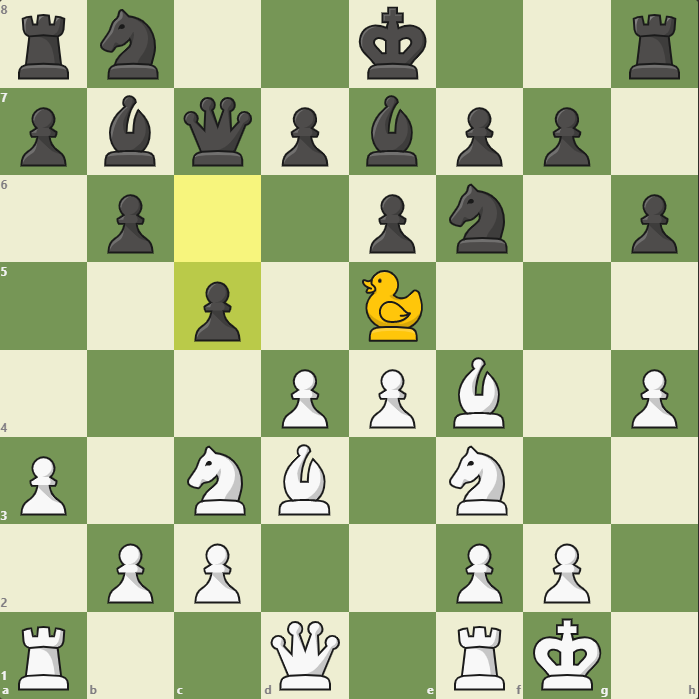 Each player’s turn has 2 steps: After moving a piece, the duck must be moved to a different and empty square. The duck does not move like a chess piece, you can move the duck to any open square on the board.

There is no check or checkmate in Duck Chess! This means you can move into check, so be careful! Capture the opponent’s king to win.

There are whole new strategies and openings to learn when a duck is involved!

Did this answer your question? Thanks for the feedback There was a problem submitting your feedback. Please try again later.
Last updated on October 25, 2022