Stalemate is a kind of draw that happens when one side has NO legal moves to make. If the king is NOT in check, but no piece can be moved without putting the king in check, then the game will end with a stalemate draw!

Here's an example of the most simple stalemate: 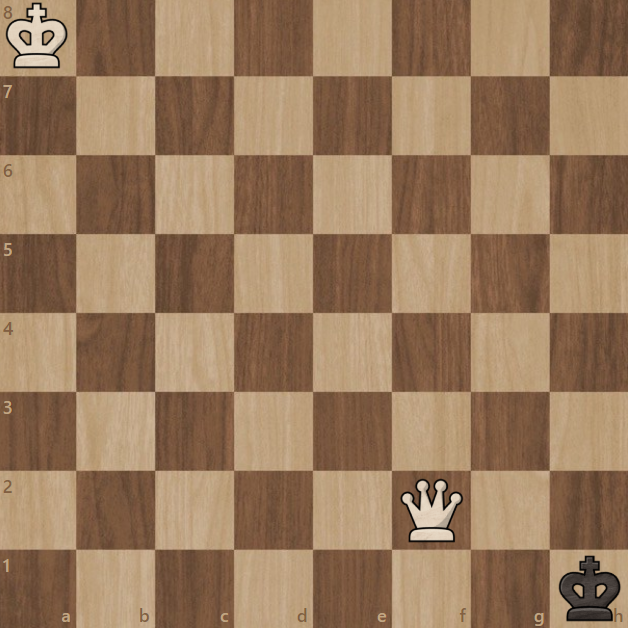 If it's black's turn to move, the game is over! Stalemate! But why?

This is due to one of the rules of chess, which states that you may never move your king into check.

If we look at all black's options in the above example, we'll find that every square he can move to is attacked by the queen! Black has no possible legal moves, and so the game is declared a draw.

In the image below, all the squares attacked by the queen are marked in red. You can see that black has nowhere to go! 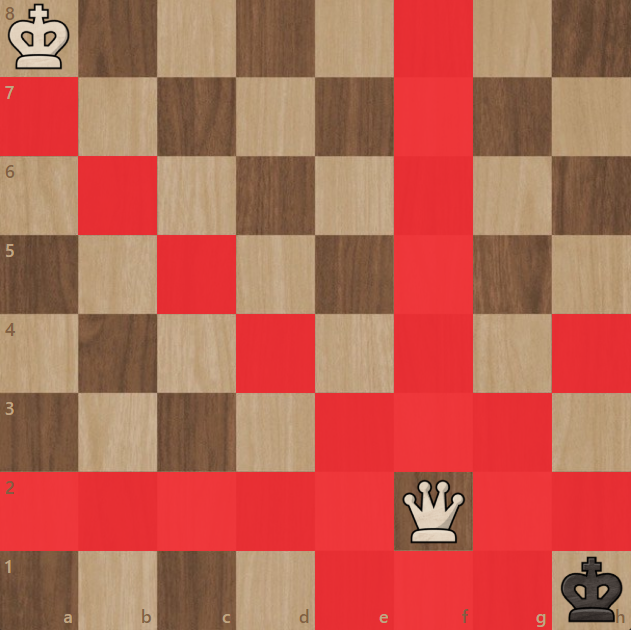 Stalemate can also happen with a lot more pieces on the board. Let's take a look at a more complicated stalemate. Again, it's black's turn. What piece can he move? 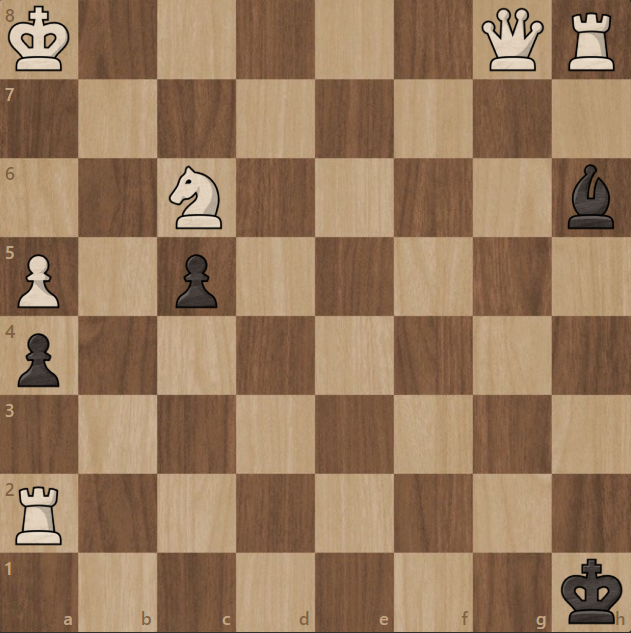 Even though black has more pieces in this scenario, none of them can move! If it is black's turn, the game is over in a stalemate! Can you see why?

Neither of black's pawn's can move, there are pieces blocking them. It may seem like the bishop is free to move, but it is pinned by the rook! The king has three squares to choose from, but if he moves up to h2, he's in the path of the rook on a2, and if he moves over to g1 he's in the path of the queen, and if g2, he's double attacked by queen and rook! Black has no legal moves, and yet must make a move! This is the definition of a stalemate.

To avoid a stalemate, always make sure your opponent has somewhere to move before you block them in too much!

To learn more about stalemate, check out our in depth lesson on stalemate here!