I lost by timeout, but the game record shows I had time left! What is going on?

If you have ever won or lost a game on time, then gone to the game report to analyze your mistakes, you may have noticed something a bit odd. Take a look at this blitz game I lost for example: 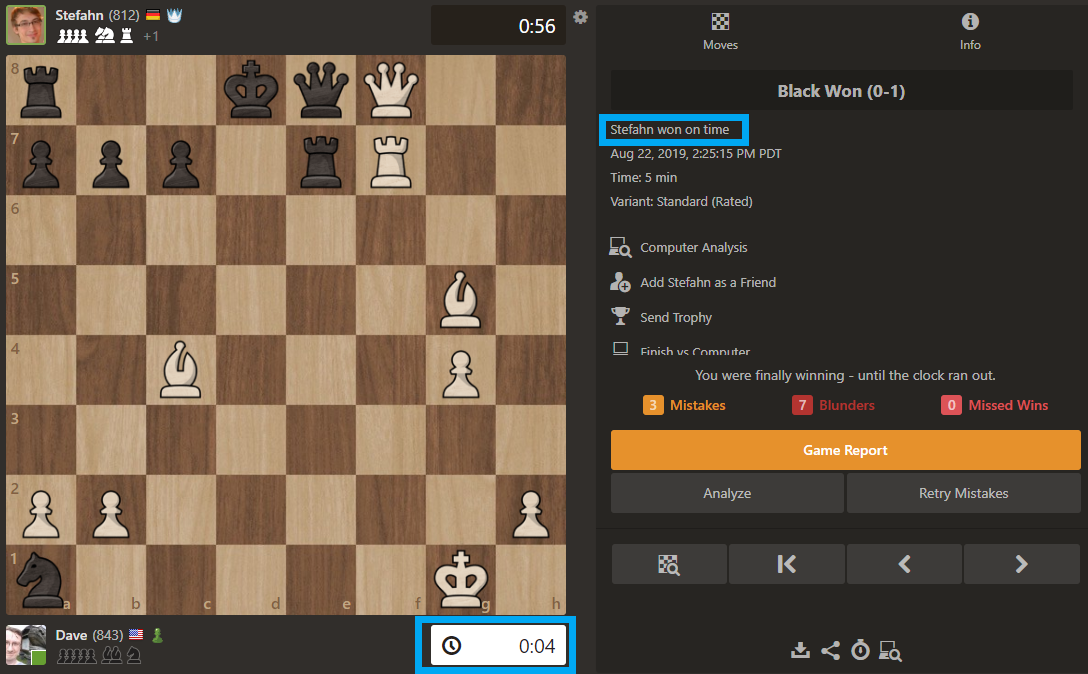 It says that my opponent won on time (I timed out) and yet, I still have 4 seconds on my clock. What is going on here? Does this mean there was an issue with my clock or my connection that caused me to time out early?

No, there is nothing wrong with the clocks, this is simply the way that games are recorded into the archive.

Every time each player makes a move, a 'snapshot' of the game is taken. When you go into the moves list, you can see the state of the clocks at each snapshot, after each move was made. However, if you don't make a move in time, no snapshot is taken.

What you are seeing in the screenshot above, and in any game you look at in the archive, is the state of the game after the final recorded move was played. Since the final move in this case was played by my opponent, the final recording of my clock shows that I have 4 seconds left, which is how much time I had at the moment my opponent played his move.

So there is nothing to worry about with your clock, it is showing that time because that's how much time you had when the final snapshot of the game was taken!

Did this answer your question? Thanks for the feedback There was a problem submitting your feedback. Please try again later.
Last updated on April 4, 2022