What does ‘insufficient mating material’ mean?

So you’re playing a game of chess, and are getting near the end. There are only a few pieces left, and one more is captured! But then… the game ends in a draw, and you get the message ‘insufficient mating material.’ What does this mean?

The insufficient mating material rule says that the game is immediately declared a draw if there is no way to end the game in checkmate.

The most common way that this happens is when the game is down to just two kings. There is no possible way to get checkmate--even if your opponent blunders--so the game is declared a draw. 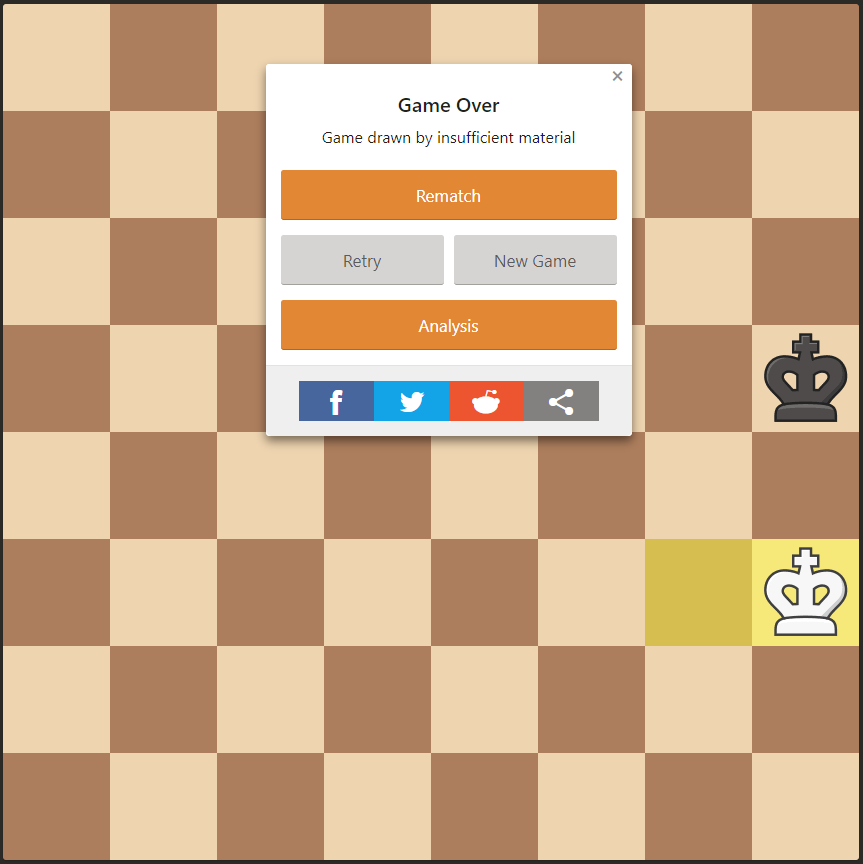 There are other combinations that will cause a draw that are not as obvious:

If both sides have any one of the following, and there are no pawns on the board:

-A king and two knights

Some of the above situations might be treated slightly differently in FIDE or USCF tournaments, or on other sites.

In the specific case of two knights versus a lone king, USCF rule specifies that the game is drawn because there is no forced mate. The FIDE rule specifies that the game is drawn only when there is no possible mate, and so would not include two knights vs a king as an automatic draw, since it is technically possible to checkmate the king if the king 'helps' you by making specific moves to allow the checkmate. However, Chess.com follows the USCF rule in this case, and calls two knights insufficient mating material because the checkmate can not be forced.

Click here to read a more in depth article on all the different ways to draw and rules on draws!