What is Fog of War chess?

Squares you cannot move a piece to are covered in fog.

This is where the variant gets its name. Each player sees a different version of the board, each seeing only their own pieces, and the squares their pieces can move to. If you can't move any of your pieces to a square, you can't see what's there!

Take this position for example: 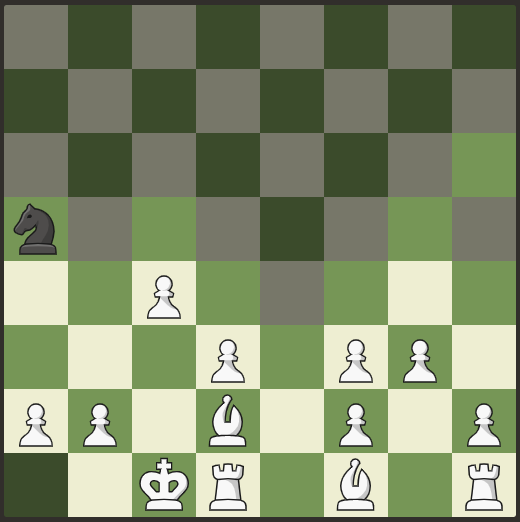 The grey and dark green squares are squares that White can't move any pieces to. Any of these 'fog' squares could have a black piece on it, and White wouldn't know!

White can see the black knight because the dark square bishop is able to capture it. Black will have no way of knowing his knight is under attack unless he has a piece that can attack White's bishop.

In Fog of War chess you have to use your intuition and also your knowledge of chess in order to predict where your opponent will move his pieces, because most of the time they'll be hidden in the fog!

The goal is not to checkmate the king, but to capture it.

You can capture the king? Yes, that's right, the unattainable dream of many chess players can finally be done in this variant! 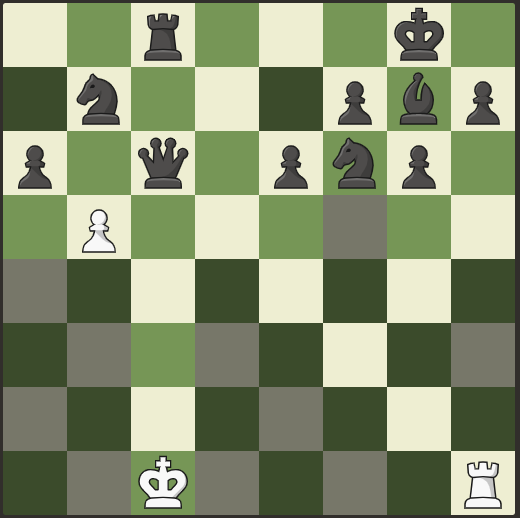 In the above position it is Black's turn! White had no way to know that his king was in check because he couldn't see the queen with any of his pieces. White did not move his king, and now black get's to capture the king and win the game!

Additional rules to be aware of:

En passant capture is allowed. The threatened pawn and the square it moved through are both visible to the capturing player, but only until the end of the turn.

Did this answer your question? Thanks for the feedback There was a problem submitting your feedback. Please try again later.
Last updated on January 10, 2021