How do I watch the Computer Chess Championship?

The Computer Chess Championship is a batter between the best chess engines around! Engines such as Stockfish, Leela, Dragon, and more, all take part in an ongoing battle for supremacy!

To watch the computers duke it out, first hover over 'More' in the left menu, then click on 'Computer Championship' 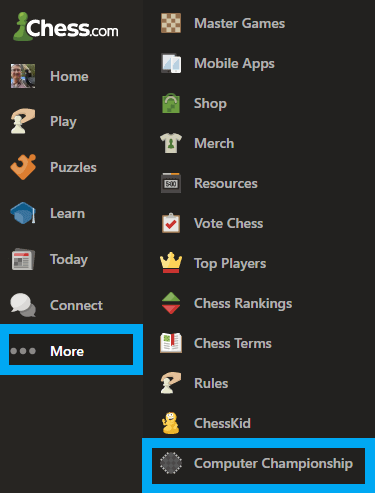 This will take you to the computer tournament page, where you can watch the games, chat, look at stats, and vote on the winners: 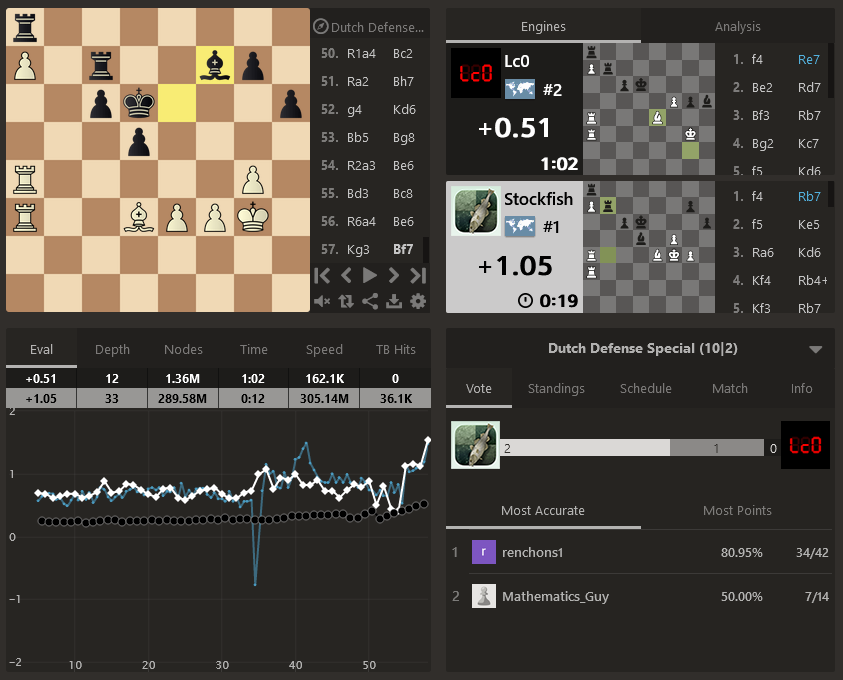 Click on the different tabs to view different info:

Eval: This shows the different engine evaluations of who is winning

Depth: This shows how many moves deep the engines are looking for each move

Nodes: This shows the total positions looked at for each move

Time: This shows time spent on each move

Speed: This shows the number of moves looked at per second

TB Hits: This shows the number of known tablebase positions that were examined.

Vote: Click on this tab to access the voting. Click on the engine icon to vote for them! In the image above, two people have voted for Stockfish, and 1 has voted for Lc0

Standings: See who is ahead in the tournament so far!

Schedule: See what games are up  next

Match: Info about the current match

Info: Info about the current tournament.

Did this answer your question? Thanks for the feedback There was a problem submitting your feedback. Please try again later.
Last updated on June 21, 2021