What do the numbers and letters like "Nc3" mean?

That is chess notation - the language of chess!

How to understand chess notation

The first thing to understand is that the chessboard is a grid, with rows and columns. The rows are numbered 1-8 and the columns are lettered a-h.

This means you can describe any square on the chessboard with a letter and a number. 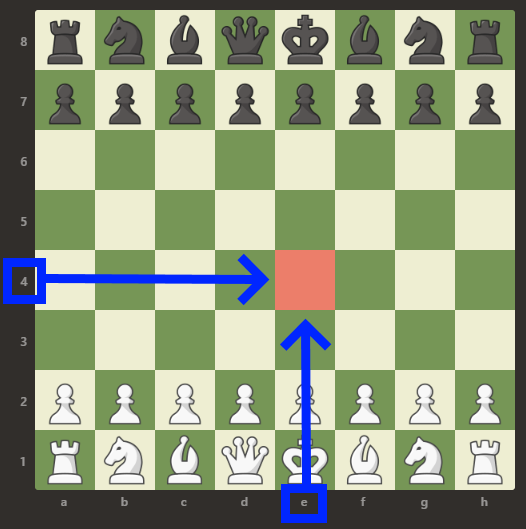 For example, in the above image the square e4 is highlighted.

Each piece can also be represented by a letter, as follows:

So, if in a game you saw the move Re4 written, it would mean that on that move, the player moved the rook to the square e4!

Pawns are not given a letter in most forms of chess notation, so if you see the move written as simply e4 or g6, it means a pawn was moved to that square.

Of course, chess is not just about moving pieces! There is also notation for all the other actions that can happen on the chess board:

But what if multiple pieces can move to the same square?

Consider the below position: 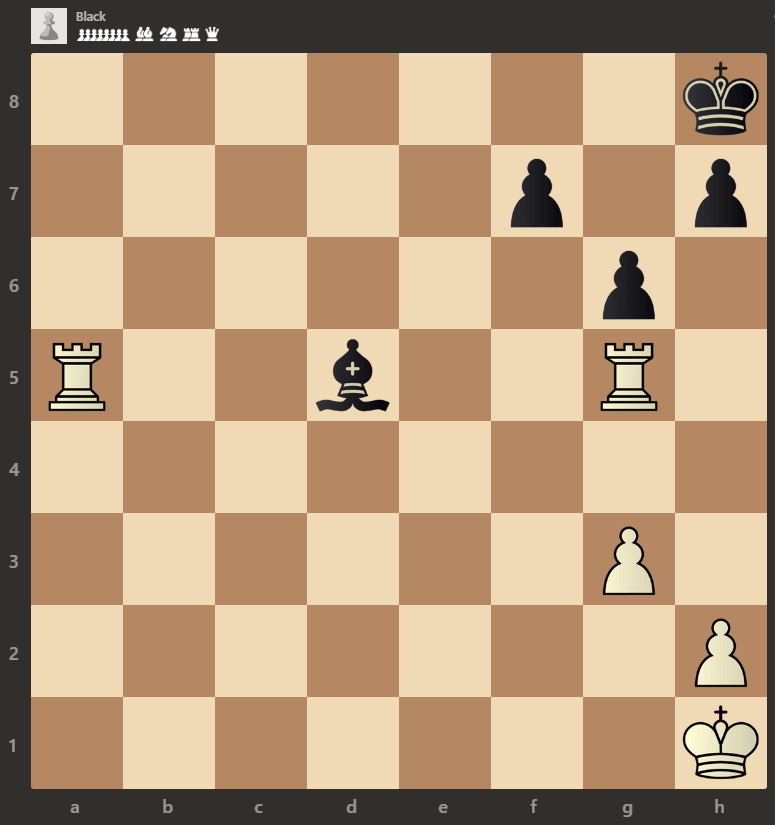 It is White's move, and White wants to capture the bishop on d5 with their rook. But which rook? If we simply write Rxd5, then how will we know which rook was moved?

To solve this problem we can add another letter to the notation, so Raxd5 means the Rook on the a file captures the piece on d5. Similarly, if instead both rooks were on the d file, we would give them a number to differentiate. For example, R4xd5 would mean that the rook on the 4th row captured the piece on d5.

Once you understand the language of chess notation, you can read and enjoy a game of chess just by looking at text!

Try our Vision Trainer to practice remembering each square!

Click here to read an article about understanding chess notation.

Or check out our lesson on chess notation!

Did this answer your question? Thanks for the feedback There was a problem submitting your feedback. Please try again later.
Last updated on June 7, 2022