How is Accuracy in analysis determined?

Each game review shows you an accuracy score, and classifies all of your moves. But how are the accuracy and classifications decided?

Moves are still compared against the top engine recommendations, but the math on how these are calculated has changed. Why? Well, most chess players - even low-rated ones - make a lot of the best moves!

Previously, CAPS (v1) looked to create a 0-100 band within the normal human player range. So, scoring perhaps 40% “Best” moves, which is very low, was equal to single-digits on CAPS. And, scoring a very high number of “Best” moves, but not a perfect game, was often rated 99.9 on CAPS, even though it wasn’t played perfectly.

This made some people feel bad (on the low end), and led to a lot of cheating allegations (on the high end). The new Accuracy scores, based on CAPS2, replicate the feeling of being graded on a test in school.

You will notice that the majority of scores now fall mostly be between 50 and 95, which provides a more intuitive understanding of how accurately you played in your game.

The image below shows Accuracy scores from CAPS and CAPS2 for players rated between 1000 and 1500. 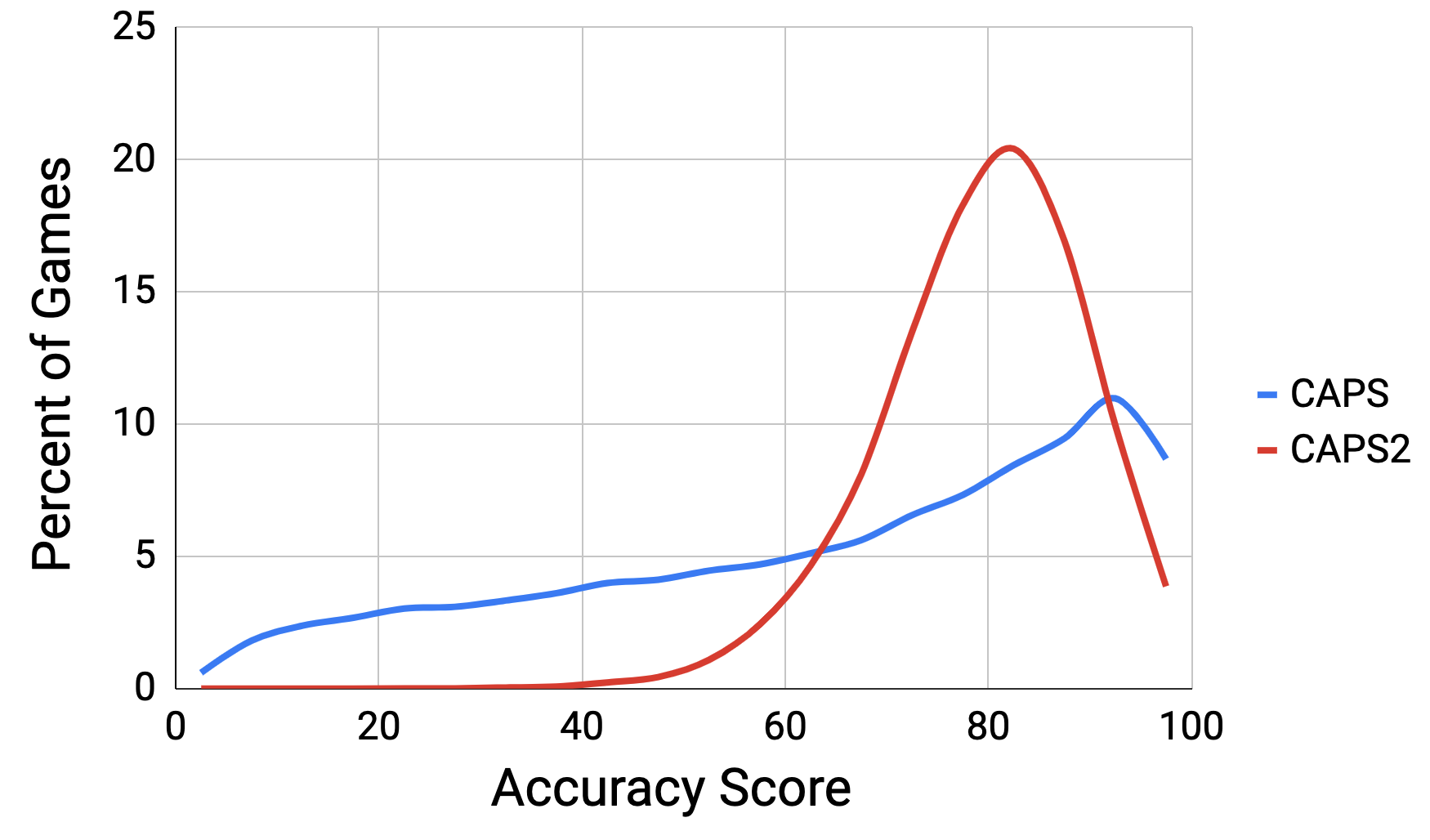 Did this answer your question? Thanks for the feedback There was a problem submitting your feedback. Please try again later.
Last updated on April 8, 2022