What are club matches?

There are lots of ways to play chess on chess.com, and one fun way is when two clubs play against each other!

A club match is different than a tournament, because instead of one person winning, the whole team wins or loses based on how all the players on that team did.

When one Club challenges another Club, the members who choose to join the fight will be matched against members of the opposing club based on their rank.

Each pair will play two games, one as black and one as white. Wins are 1 point and draws ½, just like tournaments. After all the games are played, the points are counted up and the Club with the most points wins the match! 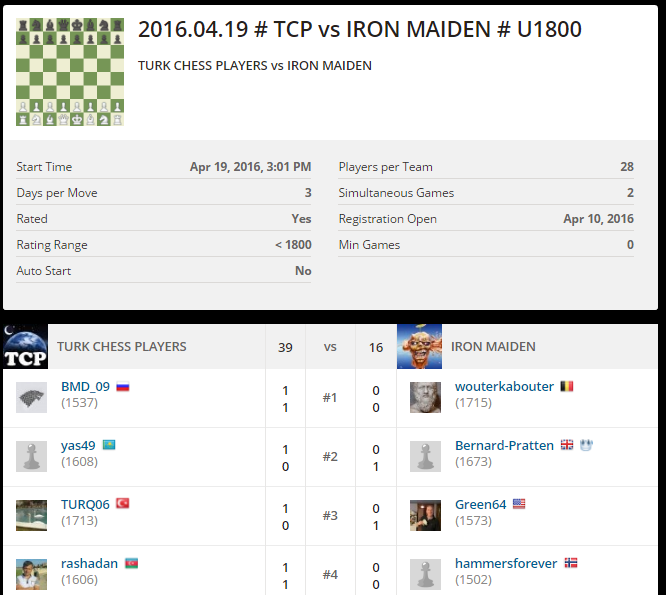 This is different than a tournament because the Club gets the win, not any one player. Also unlike a tournament, in Club Matches there are no rounds or groups. Each player will only play two games against their opponent, and then the match is over and points are assigned to the winning Club.

A member who is a Coordinator or higher in one of the participating clubs can remove players from the club match by clicking the 'x' next to their name: 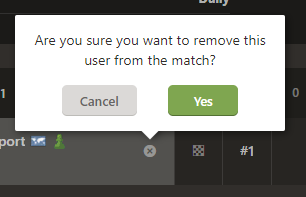 How are the Club Match points scored?

Each team’s cumulative score is added up and compared to decide who wins the match. The winner of the Club Match gets points based on the following:

Those points are then multiplied by the total number of players in the match to get the total match value.

You can check your Club’s match stats by going to your Club’s home page, and looking at the right sidebar under ‘Matches’ 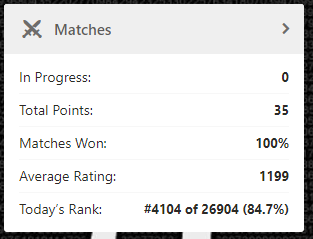 The more matches you help your Club win, the higher it will be in the ranking on the Club Match Leaderboard!

Did this answer your question? Thanks for the feedback There was a problem submitting your feedback. Please try again later.
Last updated on April 11, 2022