How do I make conditional moves? 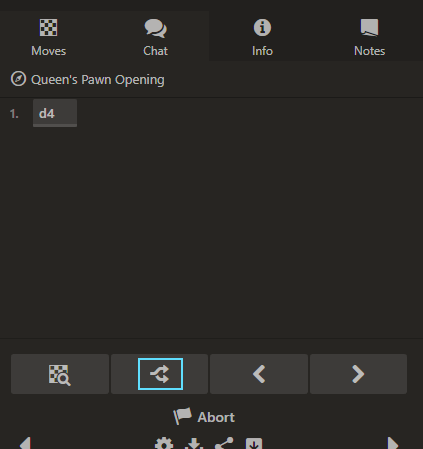 Clicking the conditional moves button opens a new screen with a chessboard showing the current position. Start by entering the move you think your opponent will play next. This establishes the "condition" on which your next move will be made (i.e. "IF Black plays e5..."). Now you enter White's response, your conditional move.

That's all there is to it! The sequence of moves is saved automatically as you go. You can keep going if you wish, entering subsequent moves for your opponent and programmed responses for your own pieces. (You can add as many as five moves for each side.) If you change your mind, you can delete the line by clicking the ‘x’. 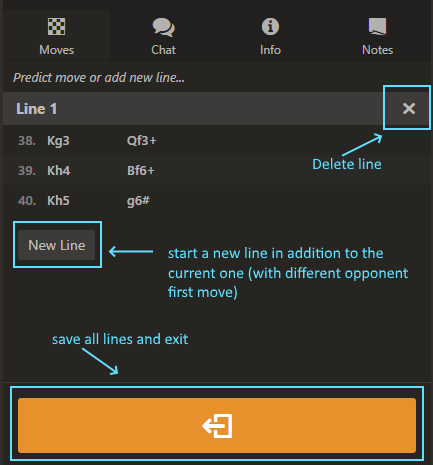 If you are a premium member, you also have the ability to set up multiple lines of conditional moves. That means that you can have more than one branch of possibilities: for instance, you could save one line (IF Black plays 1. ..e5 THEN I play 2. f4), and then start a new line at the beginning, in case Black does not play e5 but something else, e.g. IF (instead) Black plays 1. ..e6 THEN I play 2. d4. And so on!

Conditional moves are a great way to save time in positions where the next few moves are predictable - especially during exchanges or combinations where one player's moves are forced, such as an unavoidable checkmate sequence.

Did this answer your question? Thanks for the feedback There was a problem submitting your feedback. Please try again later.
Last updated on January 11, 2021