How does the Game Report Analysis work?

When you finish any game on Chess.com, you’ll see a ‘game report’ button on the right of the screen, and some details on how your game went 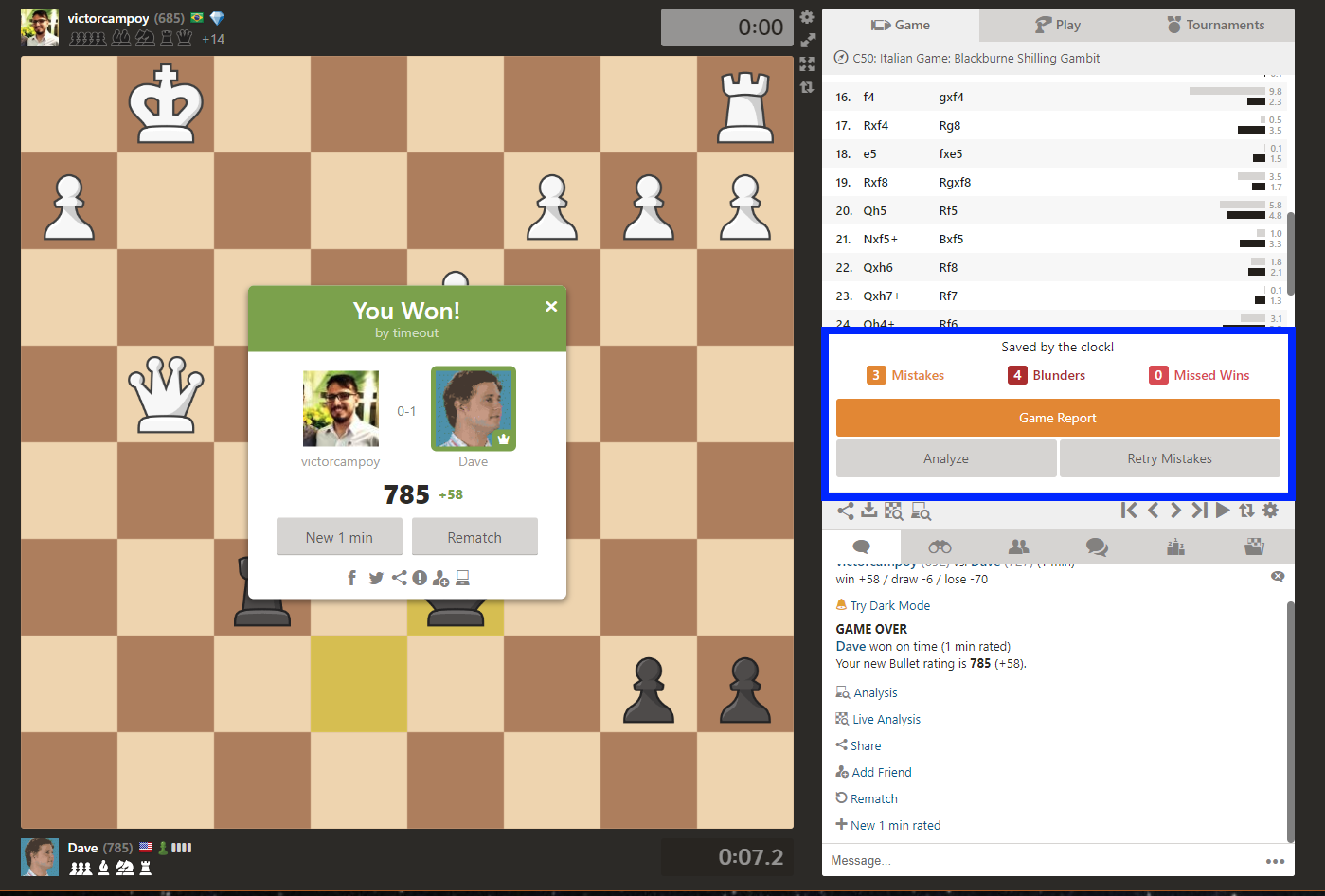 If you click on the orange ‘game report’ button, you will get a detailed analysis of the game you just played!

The game report will be on the right side of the board, and shows many statistics about the game. 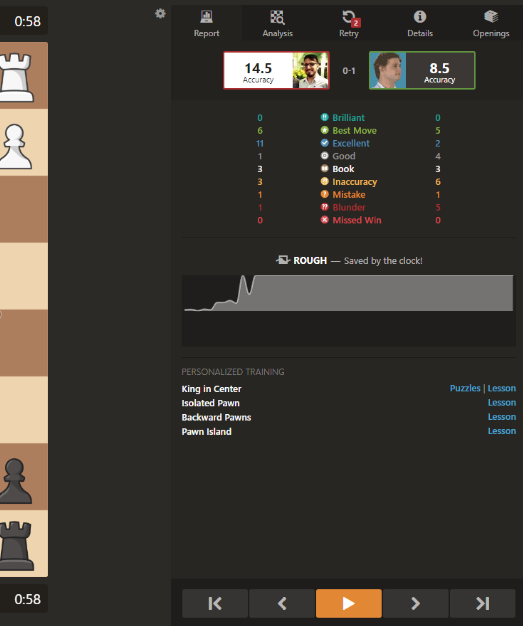 Let’s go over the features of the game report!

Retry: This feature allows you to retry the mistakes made during the game! Click on ‘retry’ on the top menu, and you’ll be able to play each of your mistakes as if it were a puzzle or tactic! 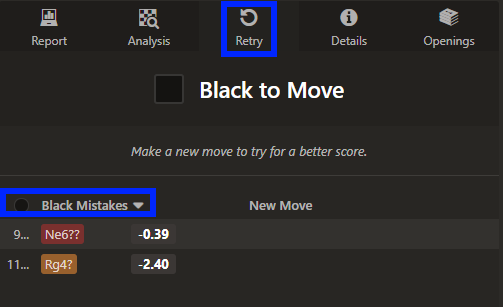 You can also change the color to play through your opponent's mistakes!

Accuracy: This  number represents how accurate your moves were compared to the computer, on a scale of 0-100. The more often you find the best move, the higher the score!

Move descriptors: Each of your moves fall into one of these categories

In the above example, white was ahead briefly in the opening, then black took the lead and kept it until the end!

Personalized Training: Based on the analysis of each individual game, there will be several suggestions for tactics themes, and lessons that you can take to improve your game. These are based on specific mistakes that were made during the game, and what situations arose.