How do I withdraw from a tournament? (iOS)

To withdraw from a Daily tournament you have joined, first go to the Tournaments page. Tap on 'New Game' on your home screen, then select 'Tournaments': 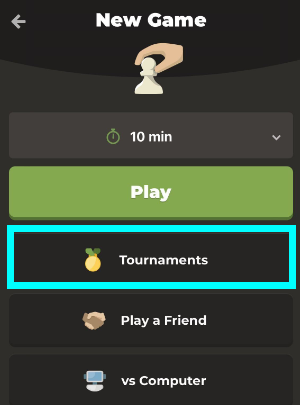 Tap on the tournament to view it, then tap the 'X' in the upper right corner, then tap on 'Yes' in the pop up window that appears.

This will withdraw you from the tournament!

From the Daily tab, scroll down until you see the Tournaments section this will be under the list of upcoming tournaments: 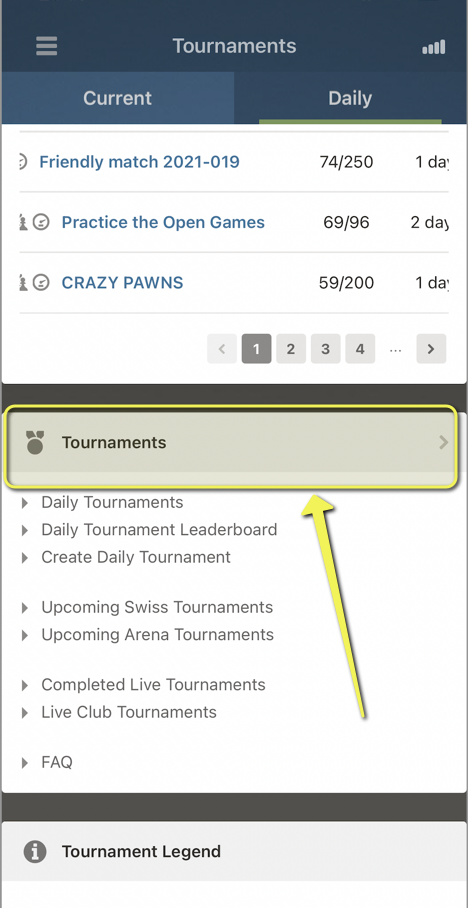 Tap on 'Tournaments' here, and then you will be able to see your list Joined tournaments:

Tap on 'Joined', then you will see the list of your joined tournaments with options beneath each one:

Find the tournament that you want to leave, and tap on 'Withdraw'

If the round has already started, withdrawing will cause you to resign any active games!

Once you have withdrawn from a tournament you will not be able to rejoin, even if the tournament has not yet started! So be sure if you want to withdraw or not!

If the information in this article is out of date, incorrect, or unclear, please let us know!

Did this answer your question? Thanks for the feedback There was a problem submitting your feedback. Please try again later.
Last updated on April 22, 2022