What are arena tournaments?

Arena Tournaments are fast paced, action filled events where you try to earn as many points as you can in a certain amount of time. There are no rounds in an Arena Tournament. Players are paired nonstop after their games until the timer runs out.

How do I join an Arena Tournament? 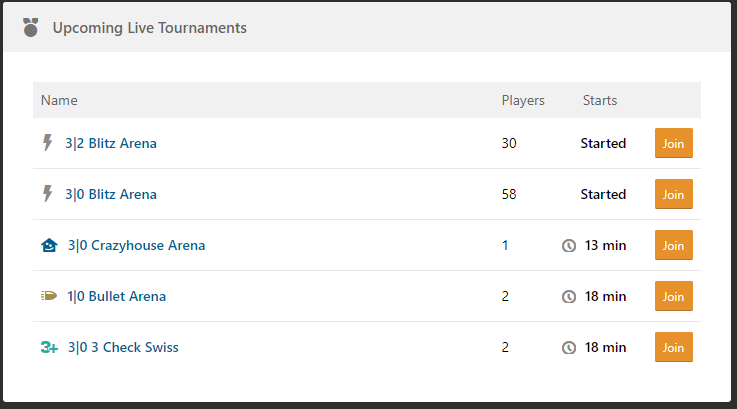 How do pairings work?

You'll be paired with people as close to your rating as possible while still giving you games as quickly as possible.

How do points work?

You earn points by winning! A win is worth 2 points, a draw is worth 1 point, and a loss is worth 0.

What are win streaks?

How are winners determined?

The Arena winners are determined by who has the most points when time runs out! The amount of time an Arena lasts depends on the time setting of the games. See the full schedule here!