How do live tournaments work? Where can I join one?

Want to join a tournament? There are both Swiss and Arena tournaments starting constantly on Chess.com, so there will always be an event to take part in!

See at the bottom of this article for the full detailed tournament schedule.

To find a tournament, first go to Play, and then click on the  tournaments button
Or, go here: https://www.chess.com/play/online/tournaments 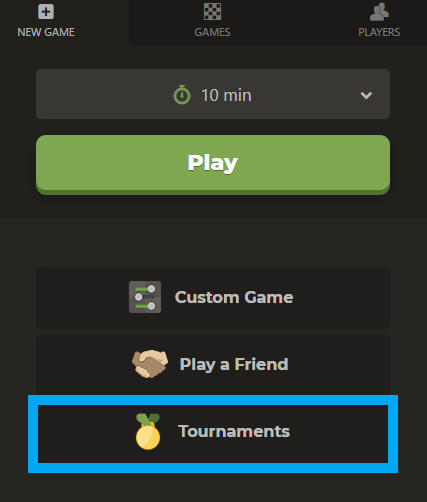 This will take you to our tournament's page where you can find and join the tournament of your choice: 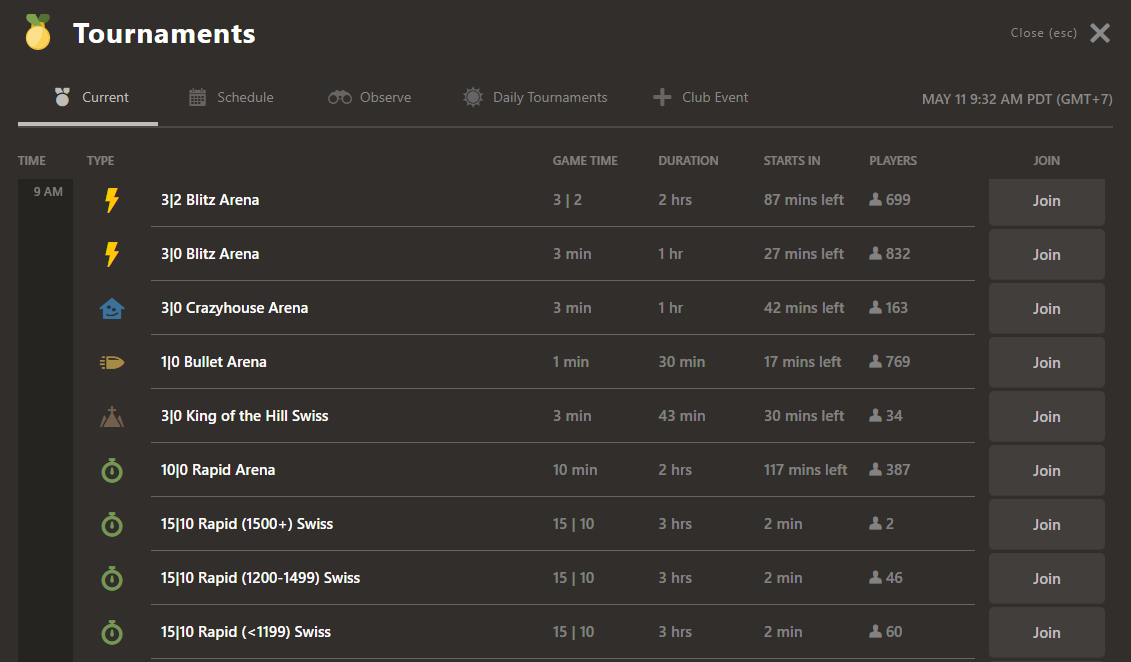 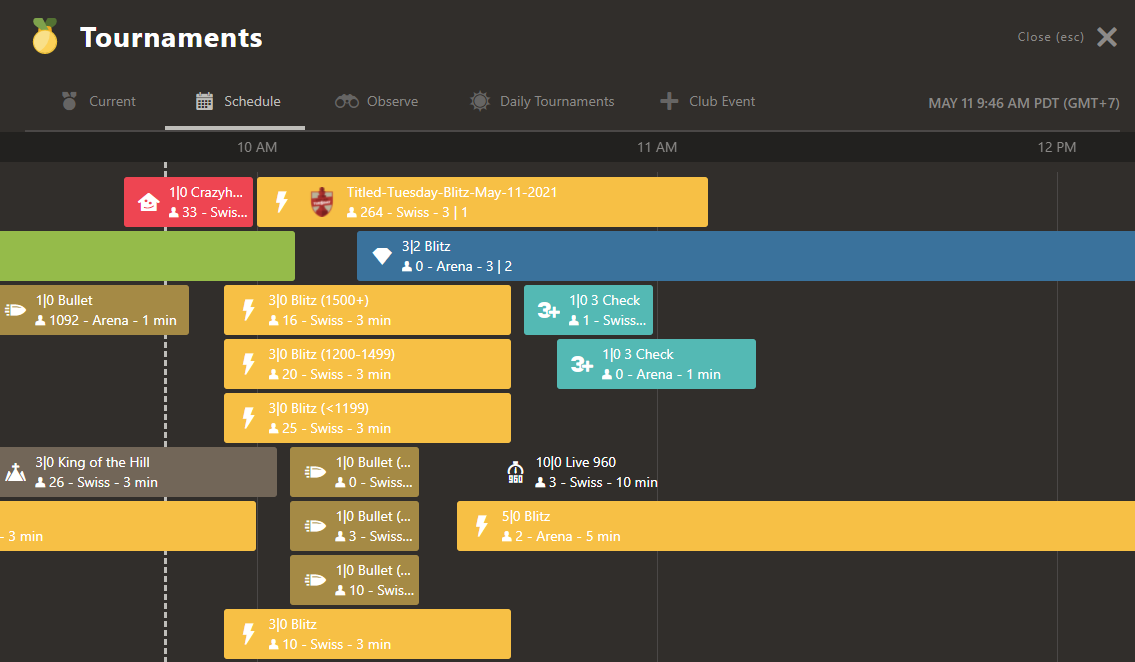 After you join or open the tournament, it will be displayed in a new tab on your Play screen, in the same way a new game or observed game is displayed: 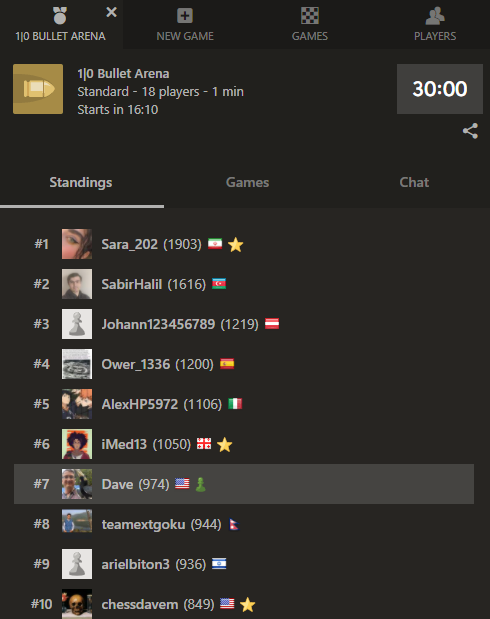 Under the title, we can see information about the tournament. In the example image above, it says that this tournament is Standard chess (rather than Chess960 or Doubles for example) and that 18 players have joined so far. We also see that the tournament will start in 16 minutes.
To the right of the title, it shows the amount of time left in the tournament (this only applies to arena tournaments) In this case, all 30 minutes remain because the arena has not yet started.
If you joined accidentally, or don't want to play anymore, simply close out the tournament tab by clicking the 'x': 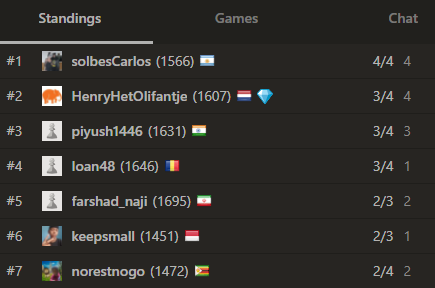 The numbers to the right of the name show the wins out of total games played. 4/4 means the player has won all four games. The second number in to the right of the score is the member's tie-break score (Click here to learn more about tie-break scores.)
Please note: for Swiss tournaments, standings are updated at the end of each round, not at the end of each game. Click here to read more about swiss tournaments
In an Arena tournament, standings will look like this: 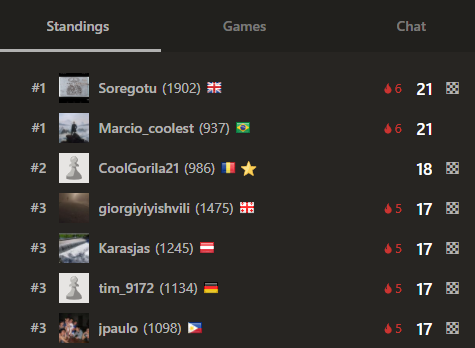 The games tab shows a list of all the ongoing games in the tournament. Click on a game to watch it!
Even if you aren't playing in the tournament, you can still view the Games tab and watch games. This can be a fun way to watch tournaments such as Titled Tuesday or Arena Kings, and follow your favorite players.

While you can see the upcoming tournaments on our tournament schedule page, you may want to plan for a tournament farther in advance. Below, you can see when each type of tournament will start, for as far ahead as you like.

The tournament schedule repeats every two hours. Some tournaments cycle through various variants or time controls throughout the day.

Times are based in Pacific time (GMT -7)

Did this answer your question? Thanks for the feedback There was a problem submitting your feedback. Please try again later.
Last updated on May 17, 2022