What are premoves and how do they work?

Another way to move that is popular in blitz and bullet games is pre-moving. This is when you make your move *before* the opponent has taken their turn!

To do this, make sure you have pre-moves enabled in your Settings, under Live Chess: 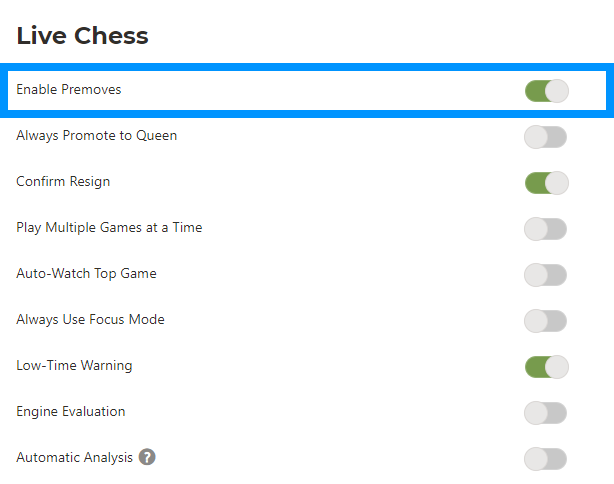 When pre-moves are enabled, while it’s the opponent’s turn you can make a move to automatically be played as soon as they make their move. To do this, simply move the piece as if it were your turn. The move will be highlighted in red on the board. 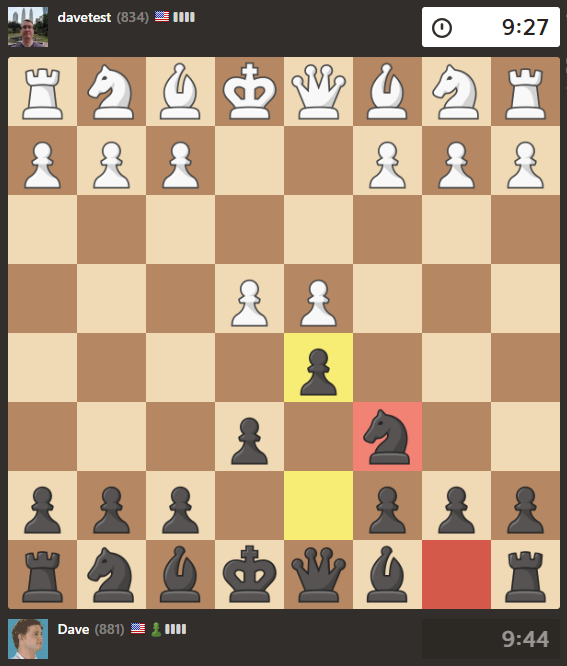 In the above picture the move black just made, d5, is highlighted in yellow. Black then made a pre-move before white moved, which is highlighted in red, Nc6. The knight move is not yet on the board, but will play automatically the instant white moves, no matter what white does! If white takes the pawn, for example, with exd5, Nc6 would be a very bad move!

So be careful! The pre-move will play automatically even if your opponent does something unexpected. Your pre-move might end up being a blunder! To undo a pre-move, simply right click or tap on the pre-moved piece.

Pre-moves take effect almost instantly - pre-moves have been implemented so that they consume 0.1 seconds of your remaining time.

If your opponent's move makes your pre-move illegal (such as putting your king in check), then your pre-move will be canceled and you will have to think of something else!

How many pre-moves can I make in advance?

You can make up to five pre-moves on your opponent's turn. They will be played in the order you made them, subject to the limitations described above.

For example, if you are playing Black, at the beginning of a game you could pre-move g6, Bg7, b6.  The system will automatically play 1...g6, 2...Bg7, 3...b6 immediately after White plays their first three moves - so long as white does not put your King in check within those three moves (in which case the next pre-move would be rejected and you would have to deal with the threat to your King).

Did this answer your question? Thanks for the feedback There was a problem submitting your feedback. Please try again later.
Last updated on September 20, 2022