How can I create a Live (Blitz, Bullet, Rapid) Tournament?

Check out this support video, or read on below!

There are two ways to get to the tournament creation menu. First, hover over  'Play' in the left menu, then click 'Play.'  From the new game menu, click on 'Tournaments' on the bottom: 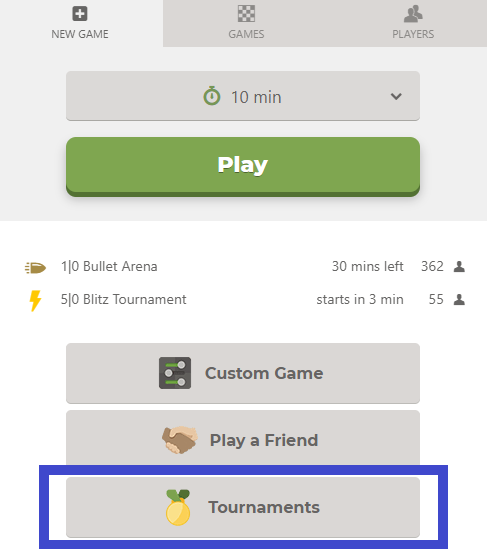 If you are at least coordinator level in a club, you will then see the option to start a Club Event: 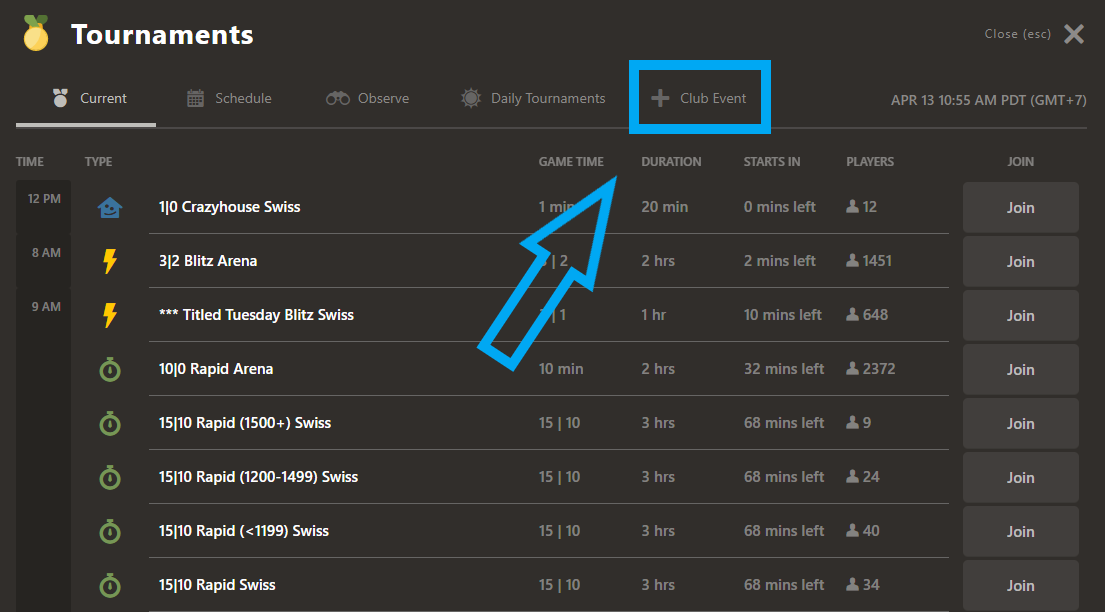 Alternatively, you can also go to the home page of your club, and click New Live Tournament from the Manage Club menu on the right side: 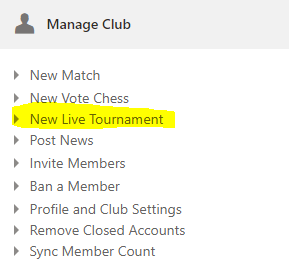 Both options will take you to create a new Live tournament for your club.

Next, you must choose Swiss or Arena tournament.

An Arena tournament is not based on rounds but instead has a time limit, and the player with the most points when the time is up wins. The options are very similar between these two choices:

Next, choose the game type. You can choose between Standard, 960, 3 check, King of the Hill, or Crazyhouse. These options are the same for Arena tournaments.

Choose a start date and start time. The start time will be based on your own time zone.

The Rating, Rounds and Players options only appear if you are creating a Swiss tournament. Here you can determine the rating range of players who can join, the number of rounds in the tournament, and how many players can join.

If you are creating an Arena tournament, instead you will see the Duration option:

This will determine how long the Arena lasts.

The final option, available in both Arena and Swiss tournaments is the Minimum Games option

This will allow you to limit the tournament to members who have played a certain amount of games.

Once all the options are filled out, click Create and your tournament is ready for members of your club to join!

Did this answer your question? Thanks for the feedback There was a problem submitting your feedback. Please try again later.
Last updated on July 11, 2022